Watching strangers is one of the simplest pleasures. I do it in airports, city centers, beaches, restaurants, on public transport, etc. Even at the zoo, it is often the people who are the most interesting to observe.

While watching, I am analyzing and evaluating: What are they doing? Why are they wearing that? Where are they going? What are they saying? Is that food they’re eating as delicious as it looks? Sometimes my internal dialogue is catty (“My God, those harem pants are hideous.”), sometimes relatively it’s neutral (“Oh, they’re eating candied crab apples.”), and sometimes filled it’s with admiration (“Wow, that elderly woman looks absolutely majestic in her lime green sari and dark, heavy-framed glasses.”).

I’ve had the lucky chance to meet and photograph some rather captivating strangers through my former work with an internationally oriented NGO. My job was what brought me to the Rajasthani village the woman photographed above happened to pass through. I quickly snapped her picture from the window of the massive old white Ambassador we were being driven about in.

Similarly, I took the following three photographs of strangers I met on work-related trips to far-flung corners of the globe: 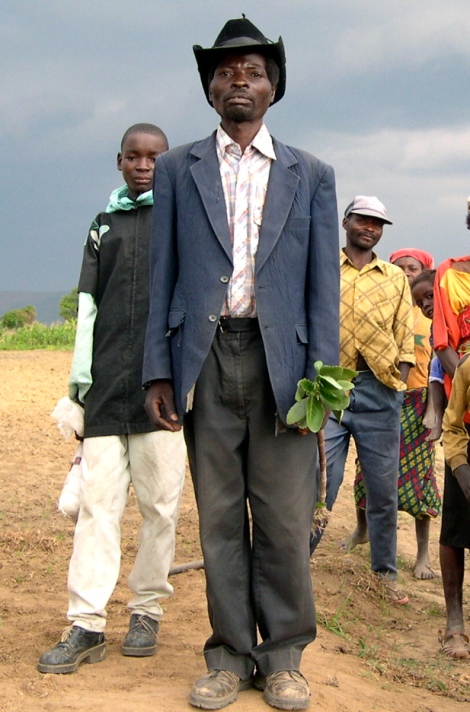 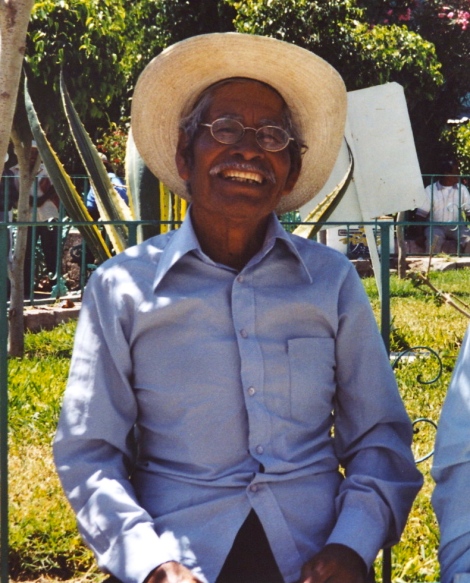 These have been rather lucky photographic opportunities, as I am far too shy to take pictures of strangers on-the-sly.

Once in a while, I have had the fortunate chance to take an un-obtrusive picture of someone swiftly passing by me. This is how I caught on film this dapper Vietnamese gentleman cycling through Hanoi:

I suppose I could always ask permission to take pictures of total strangers, but it seems rather intrusive and I am not so bold.

In China, however, many people have absolutely no qualms about asking to take countless photographs of my two children. This request is always accompanied by the Chinese-language version of: “What golden-hair and such blue eyes! Like baby-dolls!”

Being watched and watching back, from the window of a Starbucks in Shanghai.

This boldness on the part of many strangers in China, has given me an idea. I will strike up a one-for-one deal: you can take a picture of my kids, if I can take a picture of you. The only downside is that rather than ending up with a diverse range of interesting pictures of Chinese from all walks of life, like this:

I will end up with many, many pictures of young, friendly Chinese woman holding up two fingers, like this: 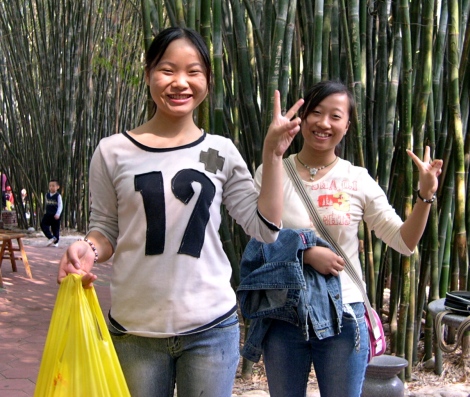 17 responses to “Pictures of Strangers”