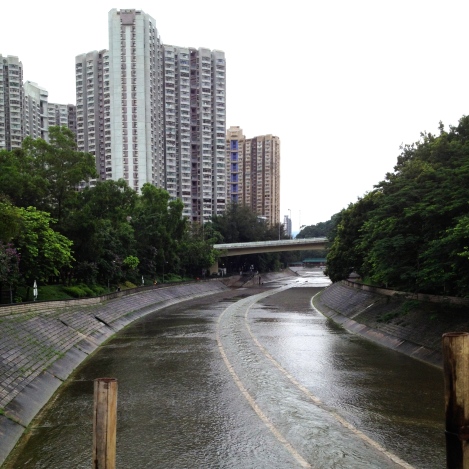 The Tai Po River on a different, wetter day.

Eight or so older men were lined up along a concrete platform overlooking the Tai Po River. They wore camouflaged clothing and all carried camouflaged bags for photographic equipment.

Their equipment was impressive. They had the common goal of capturing bird photos and so they all had at least one telephoto lens the size of my thigh. They each also owned a wide selection of smaller lenses.

Mainly their cameras were mounted on tri-pods, but a few enterprising photographers had left the flatness of the concrete platform and were clambering through the undergrowth near the river in order to get a better shot.

For a moment I passed judgment that the volume of camera equipment on display in order to catch a picture of an egret in a concrete-lined, nearly dry river bed was ridiculous. 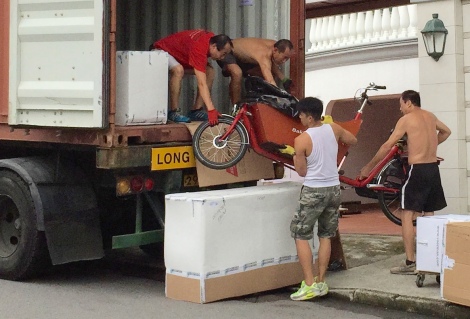 The movers confirmed that this was the first bike of this sort that they’ve unpacked in Hong Kong.

What is your blind spot?